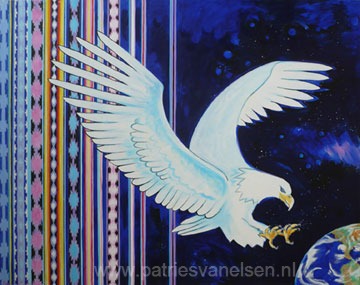 THE LIGHT OF THE NEW TIME

Inspired by ancient prophecies of the Native Americans, Patries surprises us again with a series of paintings that reflect the cosmology of the indigenous Hopi, Nahuatl, Maya, Inca, and Aymara peoples.

Out of color and light appears the union of the condor from the South and the eagle from the North: sacred birds whose meeting announces a new heaven and new earth. And out of the deepest roots of the desert rises the symbol of the times, like a clock marking the coming era. With her characteristically bold use of colors Patries gives birth to red and yellow floating in deep blue infinity. We can also recognize the purity in the white of the great birds returning after a long journey to their mother-nest.
Patries undoubtedly creates what she believes. Through her work she invites us to share in the profound message of today that speaks of the time remaining until December 21st, 2012: the date of the end of the Mayan calendar and the beginning of a new era in which it is paradoxically up to us to create the conditions for a future which holds promise for all mankind living in this sacred place called Earth. 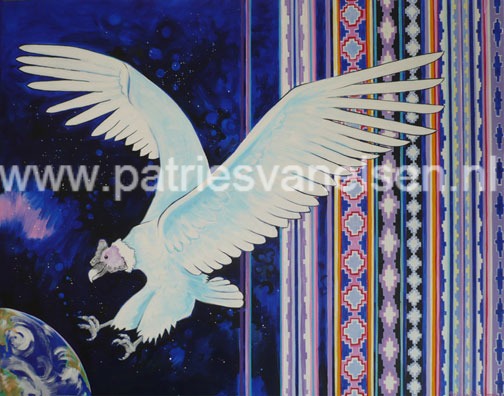 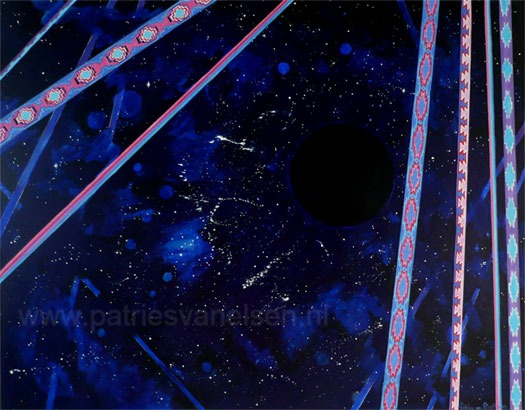 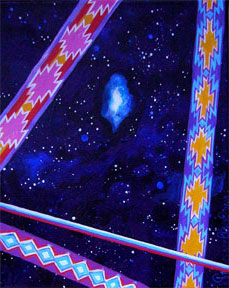 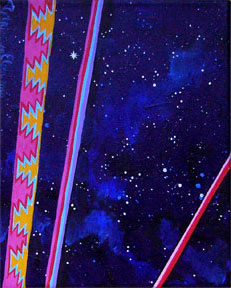 "The dolfins" and other animals